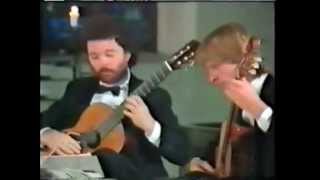 We're sitting in a restaurant in Baltimore after David's class at the Peabody Conservatory, and his recital last night. We are having dinner with about 20 students. Manuel has long wanted to do an "interview" with David, pick his brains a little bit. Here is a transcription of the conversation.